Too Many Set Builders

I've got to start recapping one of the bulkier envelopes that showed up recently. A majority of it was devoted to making major dents in the set building wantlist at the side. It goes from whatever number it was down to only 19 (with two of those being a result of incompetence on my part). 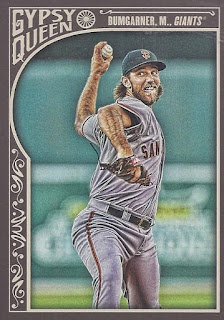 Starting with one that was also in my Top 10 most wanted for a bit, since it was the final SP needed to wrap up the 2015 GQ set. This isn't just my 350th cart for the set, this was also card #350 in the set numbering. A strange coincidence of set building. 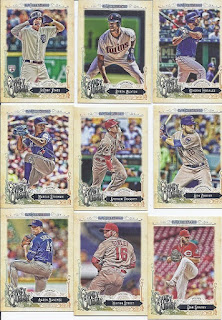 While I did the SP thing with '15, I'm not doing so with this year's release? I'm not sure why, since this year's portion is only 20 cards deep. Maybe I'll just continue to pick up COMC credit and eventually just add the rest. 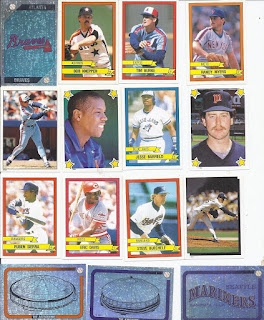 I thought that these stickers would complete my 1989 album. I was wrong. I didn't include the needed Cubs stickers in the wantlist. So, the album still lacks Andre Dawson and Mitch Webster. Yay to incompetence! 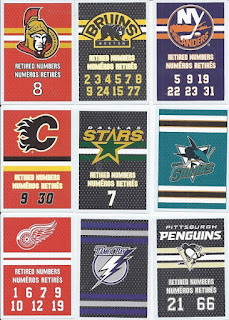 I'd picked up enough of the 2009-10 stickers through repacks that I decided to get the album and give them a proper home. I really like how the headers for the various pages are done with the team logos in the top left position. A nice nod to history as well. The retired 8 for the Senators actually goes back to the original version of the team, and Frank Finnigan. 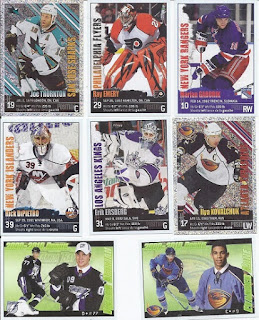 A sampling of some of the player stickers in there. A mix of shininess, mask binder candidates, a 2-14 baby and some rookies as part of them. 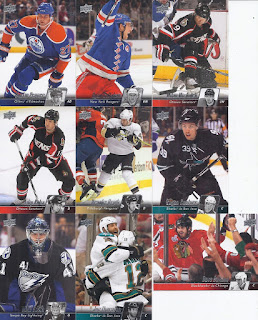 The French version of the 2010 UD Series 1 also got wrapped up. I rarely add Young Guns (or Jeunes Lanceurs), so this is complete enough for me. Plus, that Bolland is a great photo to be among the final additions. 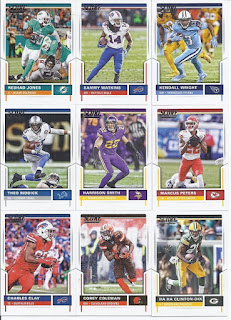 And it ends with a smattering of football, as 2017 Score goes by the wayside as well. Another sampling of the large # of cards among the set completers is shown, covering some of my favourite themes. Bills. Alternate uniforms. Weather. Players not touching the ground. Defensive players with the ball. I'm happy with that mix.

And there you go! There's still more to get to from that envelope, and that will come sometime in the next week or so.
Posted by buckstorecards at 07:30