After a long absence, baseball returned to the Dollarama. I can finally be honest in my blog title, as more than just hockey cards can be purchased there for the time being. 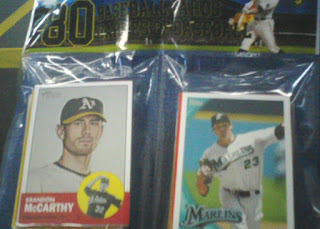 Ginter. Triple Play. A legends card. That's a fun way to start off my return to the baseball repacks from Dollarama. 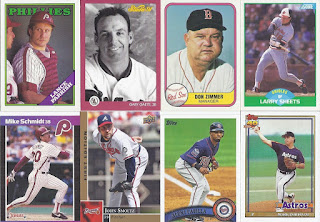 And there's the first big winner of the repack with the Zimmer manager card. Sheets is a rather unfortunate last name to have on the back of jersey. And there's a couple of HOFers as well. 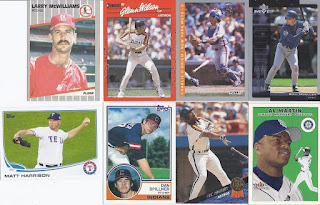 My first Met of the repack! A really great variety of sets here. Junk wax. Faux vintage. 1993 Leaf (Yes, I'll show the back later). One of my favourite designs in the 1983 Topps. That might be one of the few 2001 MVPs I've got as well. 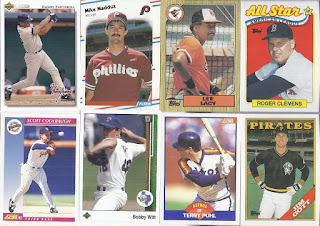 A very junk wax portion of the repack, but at least that Puhl can go in my Cancon collection. 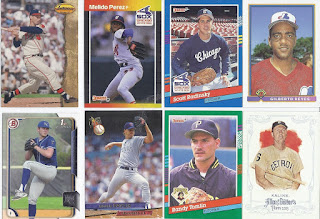 A couple recent cards, my first Expos card and a nice looking Eddie Mathews. The Kaline was the visible card opposite the McCarthy. 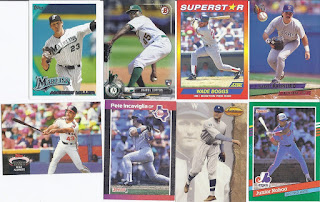 I really like the random legends content in this. The Jharel Cotton was easily the most recent card in the repack. Considering I've only busted one of those three-pack hangers of this, it's a nice surprise. 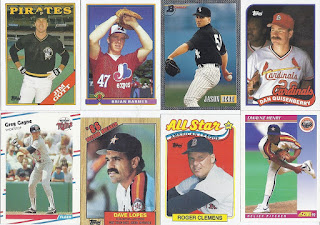 Two repack dupes as the Gott and Clemens were both in the first half. Geez. 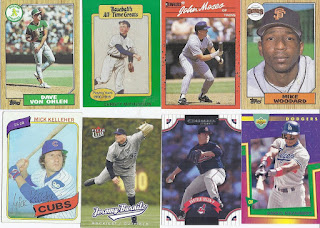 It is mixes like this that make repacks fun. 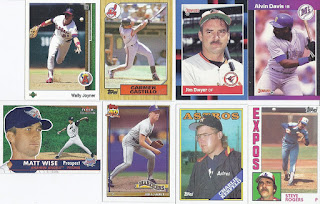 The competition for the Mr. Lumpy Face award in Houston back in 1988 was truly top-notch. 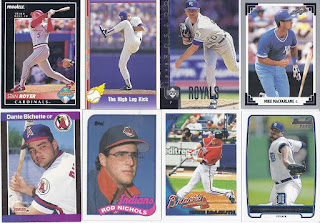 And the end. But before I wrap it up, the notable backs.

I missed baseball hanger packs. No Blue Jays content, though. At least I landed a few new Expos in the process, though.
Posted by buckstorecards at 08:28