A Good Start to the Season

The NBA preseason hasn't started yet, but a product for 17-18 is already on the shelf with Contenders. Time for the goodies from a group break of that. 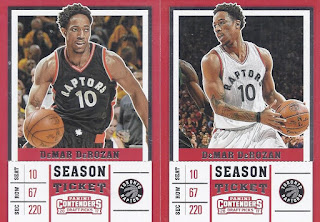 The veteran base set consists of 50 cards. Both of these have the same numbering, and I got the same # of each (8) from the case. So, which one is actually the base card and which one is the variation is still up in the air when the package arrived. COMC lists the white jersey as the variant, FWIW. 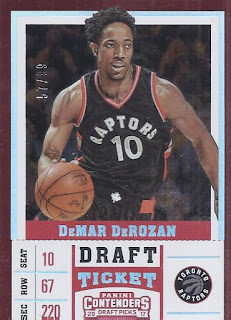 At least this /99 parallel is distinctive. 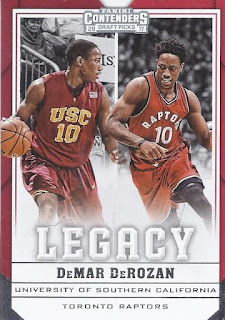 A perfect card to transition over to the NCAA portion of this set. 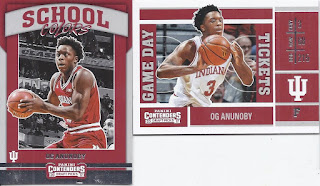 The Raptors only had one draft pick this year, and this was he. OG won't be on the court when the season starts due to injury. 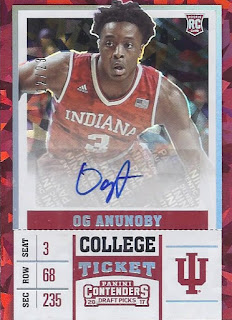 Now this is the perfect way to start off my 2017-18 Raptors collecting season. Not only did my first autograph of OG join my collection from this break, but it is the popular Contenders cracked ice parallel. Yeah, it is a sticker, but this is still a really nice way to welcome him to the binders.

And there you have it!
Posted by buckstorecards at 07:04