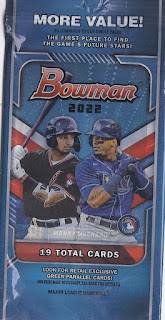 Hey! Retail Bowman! And that's about all I can afford at this point. 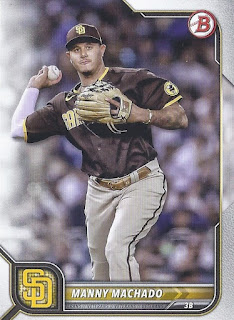 But at least there wasn't a bad player to get as my first card out of the product, even if few people are interested in veteran base cards in this. 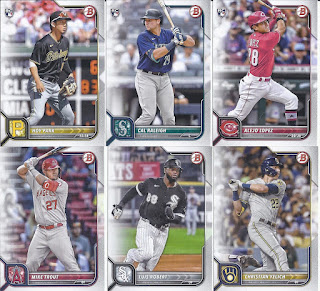 And here's the rest of them. A Trout base is still a Trout card, so that's kinda nice. And the Robert is a more interesting photo that you'd generally find in Bowman among many 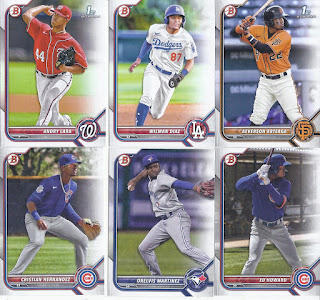 Here's my prospects. At least there's a Blue Jay in this grouping, and with Gabriel Moreno called up to the big club, Martinez now becomes the prospect in the system that I'm most excited about seeing with the team. 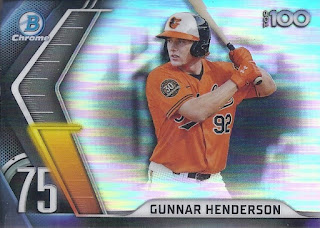 Insert #1. Gunnar Henderson sounds like a made-up name used in some police procedural where there's a murder involving a  baseball team. 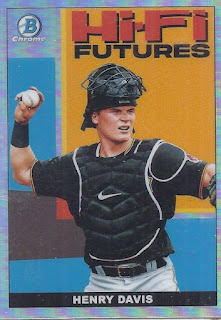 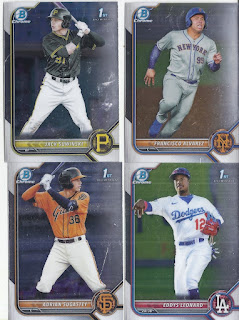 A Mets card! And it is another top prospect for the team. I have no idea who the other players are, but at least there's another card for a future Watertown mailer.
Pretty average pack on the whole, but at least I got a couple team collection cards.

Posted by buckstorecards at 13:04