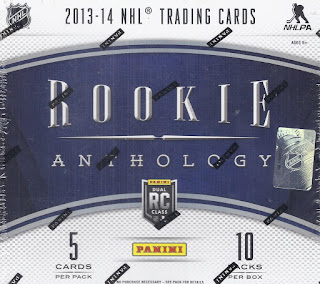 Whether it is 2013-14 Rookie Anthology, or 2015-16 Champ's that takes my title of a comfort food box really depends on availability. In the Expo's case, I opted for the former. As usual when I bust a box as opposed to a case of these, I'll do 5 packs with each post, the remainder showing up next time. 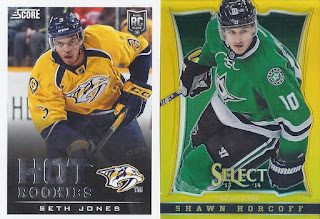 Off and running with a shiny start! The gold parallels of the Select Update is numbered out of 10. This strong opening will turn out to be a good predictor of the quality to come as the box progresses. 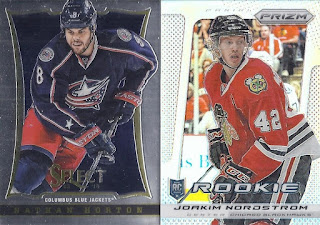 Another shiny card, and another Select card. It is early, but that's the last we'll see of Select the rest of the way home. 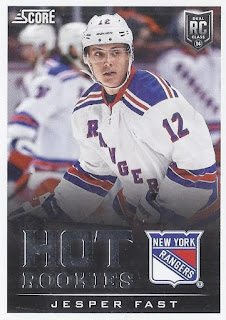 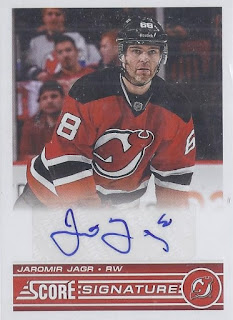 but he really comes a distant second when compared with this autograph. This is actually the second of these Score Signatures of Jaromir Jagr I've acquired from this subset, with a previous one coming in a group break. If I'm pulling a dupe autograph, it might as well be of a future HOFer. I'll probably COMC one of the two (likely the first one, since there was a small bit of ink loss on that one), and it should cover the cost of the box.

Dupes can be nice sometimes. 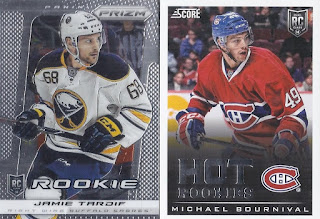 I pretty much would have needed this to have included a 1/1 for it not to be a major letdown from the previous pack. And then it still 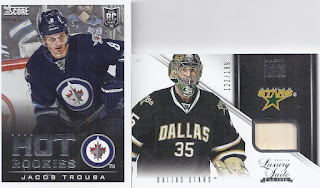 A pack tailor-made for an eventual envelope to Dennis @ Too Many Manninghams. Even though I'm fairly certain I've already sent that Trouba.

And there you have it. Halfway through with a really great, but there are still a couple more really good autos to come in the second half of the box. Until next post!
Posted by buckstorecards at 06:27