2017 Adventures in Repacks - Part 35 - Back Aboard The Mystery Machine

You knew I'd just have to touch the stove again. 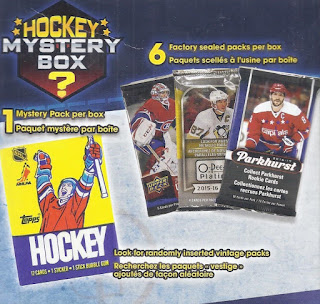 I'll start showing off the packs contained within, 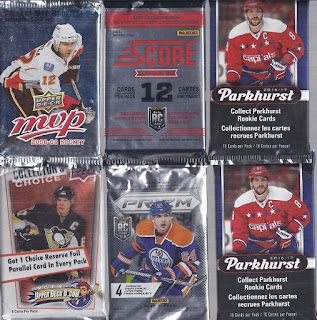 along with the mystery pack. 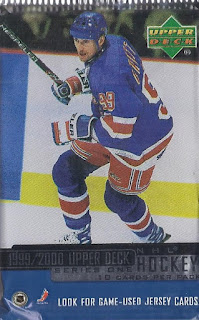 This was probably a step down from the previous one, as there were no Young Guns possibilities. 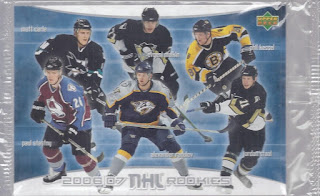 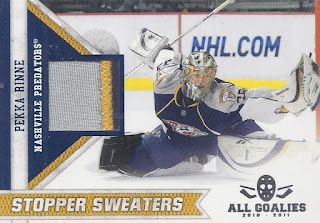 But the hit was an upgrade - a nice 3 colour patch from Panini All Goalies. AG was a boxed set with a relic included. This is not numbered, and there is nothing to distinguish this patch from the regular relic card. 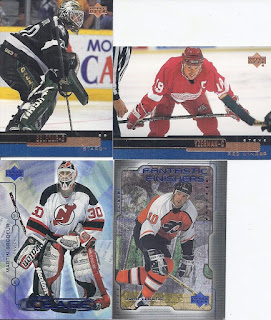 I'll do the packs chronologically again. The 1999 pack landed me some nice talent among the base cards, as well as the inserts. 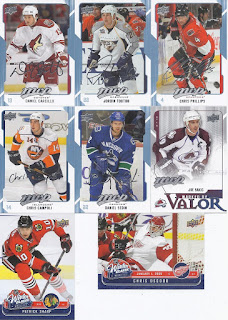 MVP was a solid blah, but it did give me a chance to compare facsimile signatures. Chris Campoli wins easily. 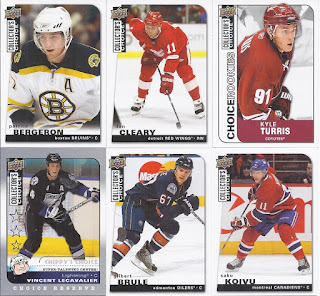 Collector's Choice wasn't too bad. Turris might have departed the Sens a couple days back, but it is still a pretty good rookie. The silver parallels of Tampa Bay cards look pretty nice when paired with the jersey logo. 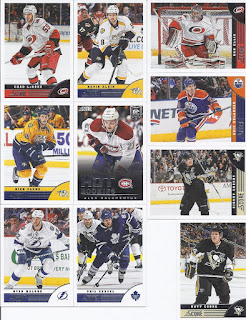 Score's base was pretty good, mainly because a trio of horizontal cards allowed me to scan all 10 base cards. Plus, there's a major name with Crosby and another good rookie with Galchenyuk. 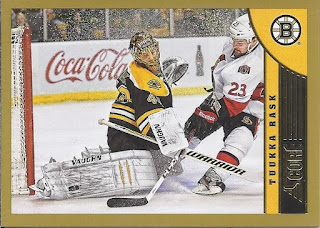 The gold parallel was a pretty good one as well. That's 11 of the cards. 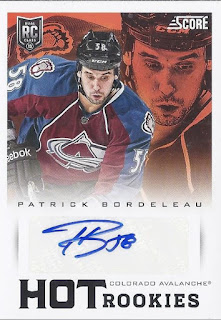 And there's #12. Bordeleau isn't playing on this side of the Atlantic at this point, but at least he lasted longer in the NHL than some subjects in this set with 129 games of experience, all with the Avs. 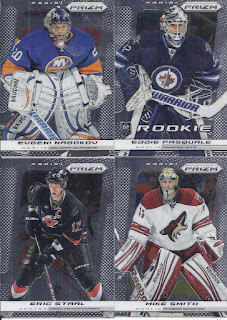 Prizm was good for the mask binder.

The first Parkhurst pack gave me a pair of guys still active with the big club, and an insert I'd already pulled in one of the flea market repacks.

And the second did the same in terms of rookies, but paired it with a parallel.

And there you go. I think I enjoyed the first of these more in terms of the quality of the pulls, but I liked the variety here a little more.

Posted by buckstorecards at 05:45