It has been a bit since I've busted some Dollarama goodies. So, I'll do a pair of Surprise Bags today. 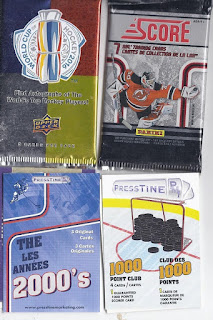 I've never busted any World Cup packs before, so that's a nice way to start this off. 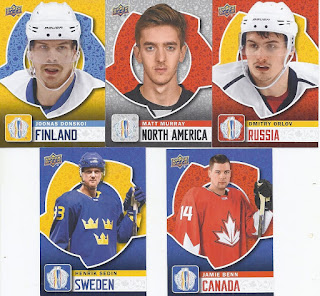 And here's the content. Nothing but the base cards, but it was still a fun little break. Jamie Benn couldn't look more thrilled if he tried. 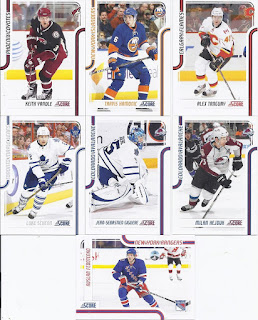 While I did enjoy the WC pack, this was a far better pack for me as it landed me a card I'd been on the lookout for. That Hejduk is a 2/14 card, and it is the glossy parallel. New 2/14 card? Automatically a great repack! 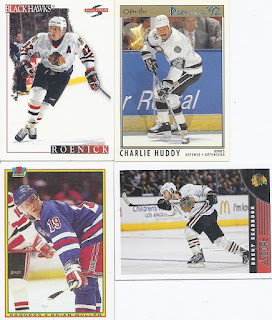 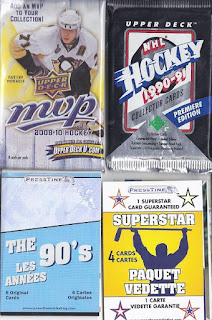 On paper, this won't even come close to touching the first repack, but let's see what there is. 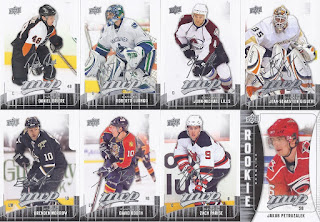 A couple mask binder cards and a rookie whose only had only 2 NHL games of experience in the bigs. But, he is still active in Europe, spending time in the Czech league this season. 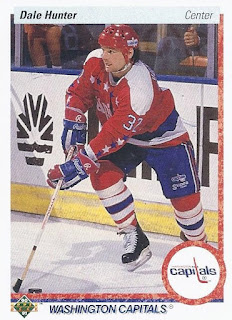 A Kitchener Rangers alum was the only PC potential in the UD pack. 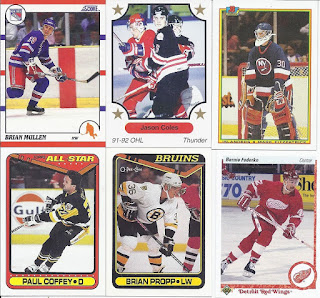 6 90s card just screams that you're getting junk wax. That describes this bunch of cards perfectly. There is the Coffey for the Rangers alum binder, and these two repacks did give me the start of a Brian Mullen super collection. 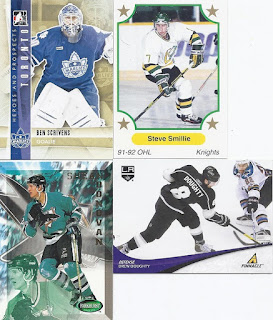 And the Superstar pack might be the best of this grouping of 4 repack items. Mainly because I can imagine the hell that Steve Smillie must have gone through in grade school. And having the name Smillie on the back of a jersey couldn't have been much better, complete with the uncreative heckling.

There you go. I'll get an early start on Black Friday with a few boxes that I picked up in the countdown to the big shopping day.
Posted by buckstorecards at 11:53