5 more packs, and then time for my box of Opening Day. 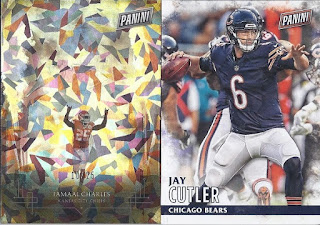 I'd hinted at this yesterday, but that Jamaal Charles was my favourite card from this portion of the break. The cracked ice look can take away from a photo, but it makes this smoky entrance photo even more dramatic. A sure keeper, and I can see myself at least looking to pick up a parallel or two of it should I find them at a reasonable price.

And at least I pulled this card a Bears QB without trading a bunch of other packs to get it. 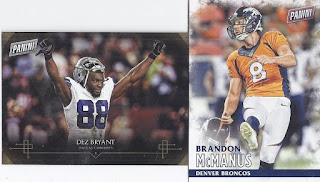 The McManus was another dupe from the group break in which they were bonus cards. The Dez is the base version of the Panini Collection inserts. 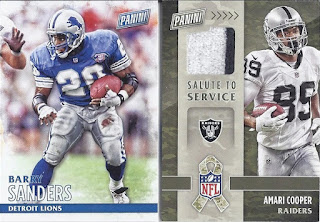 And there's my second hit. The Salute to Service usually feature a swatch from a camouflage towel used in a photo shoot. I'm not sure what this is from, but at least it feels like a towel. 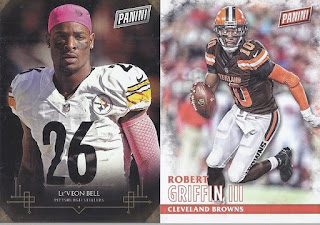 Probably the worst of the packs, as the Bell, although a nice looking card, was a dupe, and RG3 really isn't a desired pull anymore. 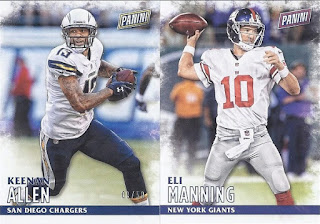 And a base/parallel pack to end it. The Allen is a thick-stock parallel, which are used as decoys, but these are at least /50.

And there you have it.
Posted by buckstorecards at 08:10