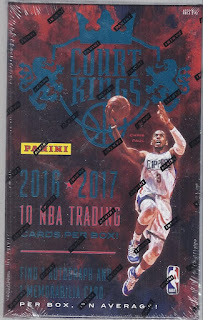 Back to Court Kings, this time with this year's version. 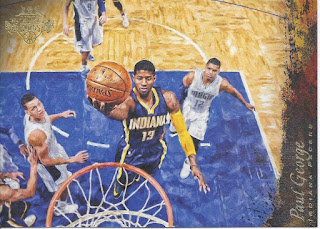 I'll start with the box topper. This is part of the Panoramics subset of the box toppers. These are a series of mostly backboard photos in this subset. 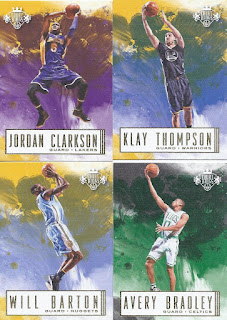 Here are the base cards. They've got a nice look this year with a design that allows for a background matches the team colours. 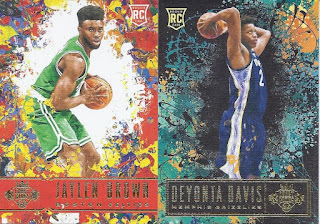 The rookies portion of the set changes the background as per how common the card is. The Davis is the most common, and the Brown is the second most common. 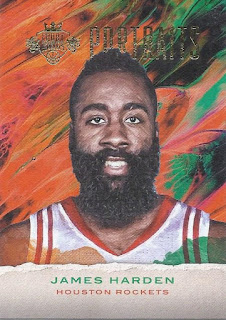 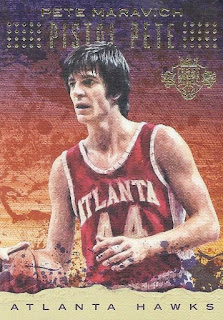 These AKA inserts salute nicknames in NBA history, and fall at a rate of 2 per case. There is a nice mix in this of legends and current players. Who wouldn't want a card saluting a nickname like "Houdini of the Hardwood" or "Stifle Tower"? 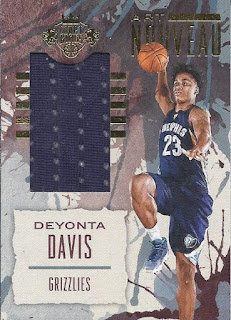 Here's Davis again, this time in relic format. He was a second round pick last draft, although he was predicted to go in the lottery portion. 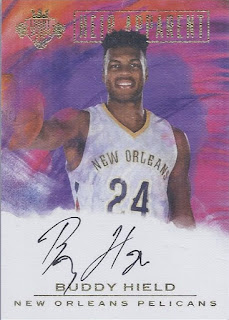 The auto was a pretty good one. Buddy did actually go in the lottery, heading the the Pelicans with 6th overall pick. He was then the key part of the Cousins trade that saw Hield move to Sacramento. A good pull, and one that might pay for the box. That's nice when I landed some nice keepers in the Brown and Maravich.

Next up, a flashback to Black Friday with some football packs.
Posted by buckstorecards at 06:56