As the month draws to a close, time for some Opening Day. I'm not bothering with the base cards as you've probably seen them already, and I landed the entire base set from the box, as expected. Plus, I've busted so little Series 1, I really don't want to go through it noting which cards are S1 and which ones to look for in S2.

So, you get the inserts. Starting with the two on the checklist I wanted to pull, and did. 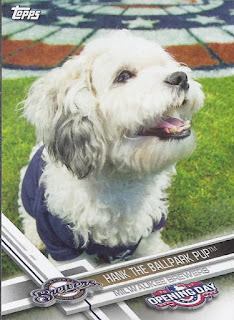 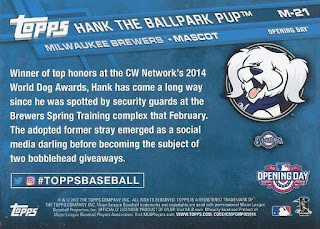 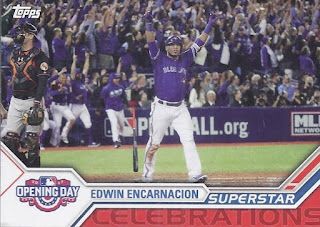 This was the other one I was hoping for. While I might have preferred to see this in the former of the 2015 Gypsy Queen insert Walk-Off Winners, but I'll take what I can get. Especially since the odds of there being any sort of Jays card like this in 2018 releases is probably nil.

A more detailed look at the inserts tomorrow.
Posted by buckstorecards at 07:55