And now, for what I did expect from the repack. Some retail and Victory packs. Some Panini stickers. And an unspectacular relic card. 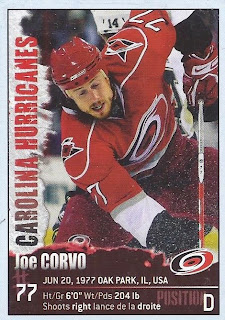 And I'll start with the stickers. I have way too many of these stickers, entirely through repacks. I should probably start collating them to see how close I am to a set of them. Either way, this stood for a rather interesting photo. Many of them feature generic skating shots, so it is nice to see one with a little bit of intensity to it. 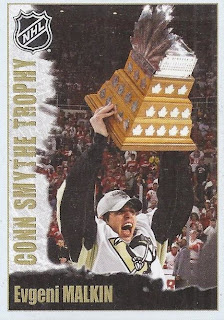 And another interesting photo. Since there really are not a lot of hockey photos that feature a trophy being presented in an on-ice environment, these stand out. 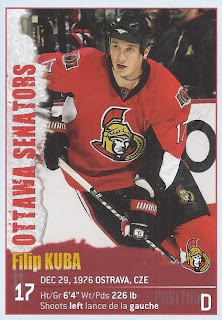 The only Senator in the entire box. 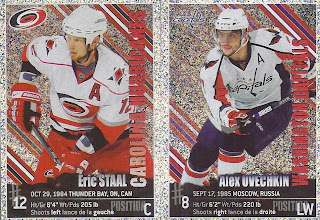 But I did get two shiny stickers among the packs. 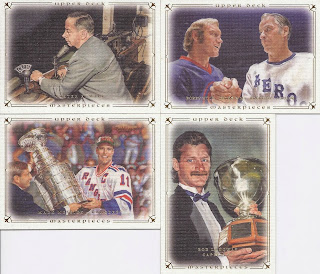 Off to the cards themselves. Since the triumphant(?) return of Masterpieces is this week, I'll relish an opportunity to remind myself of their last hockey release. And resist the urge to buy more than just the cards that interest me in the set. 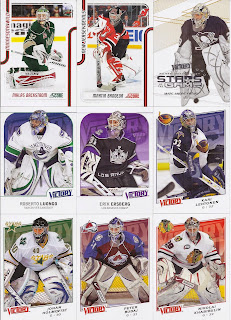 Lots of mask binder candidates among the packs. The Brodeur is a glossy variation. My favourite of this might be the "I just got traded" mask on Holmqvist. 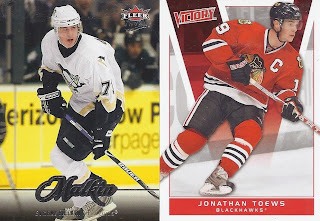 These were probably the two biggest name cards I got in the packs. 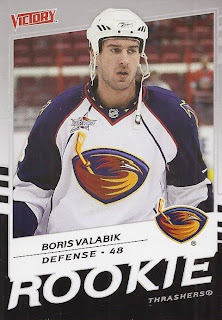 Sure, those were pretty dull as the best card. But if I can add a new card to the 2/14 binder from the contents, that's enough to give my view on the packs a big bump. This is my 7th Valabik card in the binder and card #1011 overall. 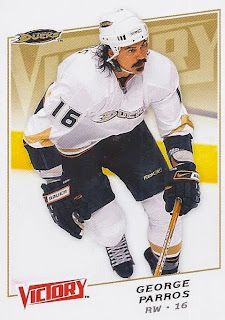 George Parros was one of my guilty pleasure players when he played. So, here's my latest card of his. 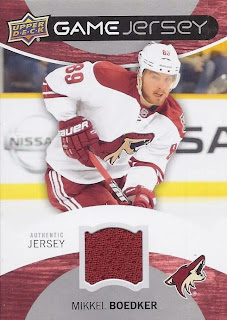 And finally the hit. Not the best one could conceivably pull, it still adds a new relic to my Kitchener Rangers alumni collection. And that's all I can ask for.

So, except for the autograph pack, this was whatI expected from this repack. But that surprise pack was enough to guarantee that I'd be willing to give this particular repack another try.
Posted by buckstorecards at 13:19