Still waiting for the COMC Black Friday goodies to get here, but a couple envelopes via sportlots did end up in my mailbox today. I could have stayed true to the season and waited until tomorrow to open the package, but since I know what was in them anyhow, what good would that do?

Anyhow, here's some of the stuff, in between Canada Customs getting off their hinders, and returning to the Zellers blasters. 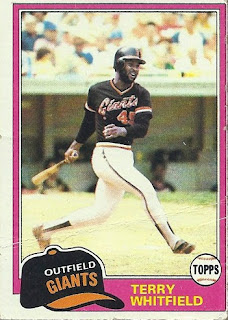 Once again, I found a couple random cards on top and on the bottom of the package. This was one of them. Many creases. Not even close to being centered. If there were a condition of 'dire' this card would be categorized as such, Yet it is a strong candidate for my random binder. It's probably the jersey. 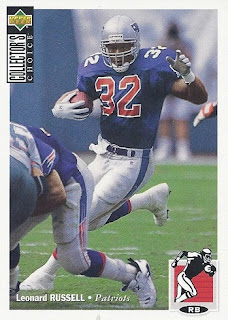 This one will probably end up in a sleeve with 4 or other misc. cards, and up in a geocache near me in the spring. Yes. I have a box full of sleeves with 4-7 cards in them that I drop off as I go. Heck, we've got 2 caches where the trading material within is exclusively cards. I even left 2 1992 Upper Deck Jose Canseco #333 cards when I did one of them as my 666th cache. I think I took a 2006-07 Ultra Daniel Alfredsson.

Now onto the cards I actually wanted. 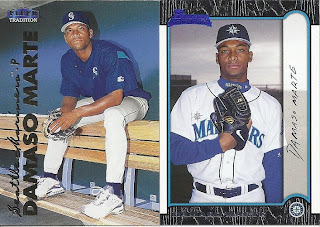 A pair of Damaso Marte cards. I'm working on a binder filled with cards of players that I share a Valentine's Day birthday with. Damaso, along with the NHL's Viktor Kozlov, are the two players that I match up with perfectly on both date and year. So, I probably have more cards of those two players that anybody outside of their immediate family members should have. There will be a few more of cards that fall into the 2/14 category between now and when I return to either the Zellers blasters, Dollarama surprise boxes or my eventual COMC package. 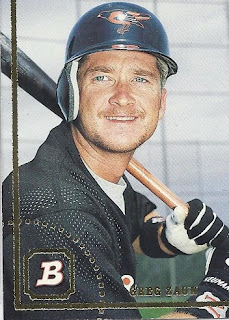 I might as well pick up a card of a guy who has become a fixture on Blue Jays games as a studio analyst over the past few years. He even did a segment on how to doctor baseballs. He's also a big fan of the Canadian Football League, having attended Colts...err...CFLers...um....Stalliions games while he was in Baltimore, and now attends and hosts Grey Cup parties in the host city each year. 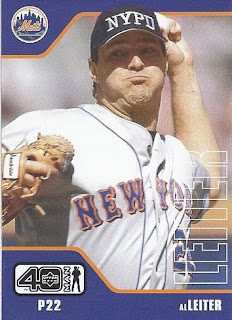 It isn't the most flattering Al Leiter card by far. But, since I've got a small collection of Mets in their post 9/11 caps (OK. Just one Mike Piazza), this one is welcomed in that mix. 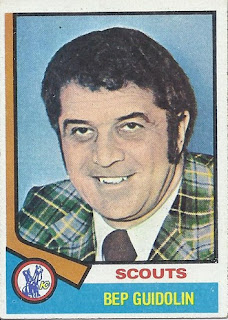 I missed out on this one in the Shoebox Legends draft. I had to get this one. Yes. It was solely for the amazing fashion statement. As someone once said, I hope he was wearing waterproof pants, because that jacket is a pisser. 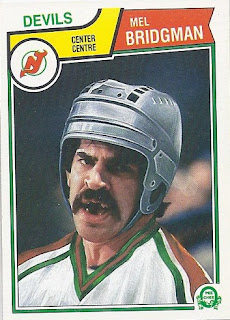 I might as well pick up yet another hockey card that is really cheap, but iconic. Sure, the airbrushing on this one is horrific. Seriously, a silver helmet? Why? But that scowl. Those missing teeth. The sleazy moustache. The only way this could be more 80s of a card is if Winamp started playing Der Komissar while I was typing it up. Oh wait. It did. 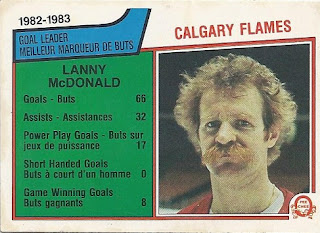 This is one of four Lanny cards that entered my possession over the past week or so. 2 in the sportlots envelopes. One from a Dollarama box. One from the Zellers blasters. I'm starting to think about working on a PC of Lanny cards. As long as I stay away from his Leafs cards and the hits, it shouldn't be too hard to acquire a few.

Posted by buckstorecards at 13:55