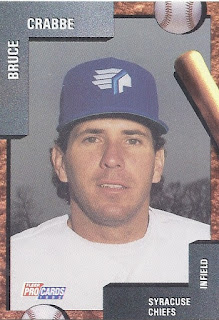 Some rare Blue Jays content to start. Minor league content certainly counts as Jays content, even if he never reached the bigs. There are 3 baseball players named Crabbe listed at TCDB. 2 of those 3 are 2/14 babies - Bruce and Callix. Both would also be Blue Jays farmhands at one point, and neither would reach the bigs with Toronto. 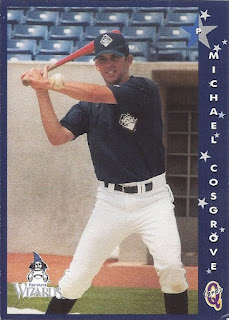 Here's a new face for the collection. With designs like this, it is a shame that the Fort Wayne Wizards became became the Tincaps, since this starry design is ideal for a team with that nickname. 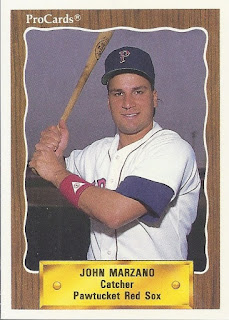 There was briefly a tie at 1st place in the baseball portion in terms of volume with John Marzano and Scott Scudder knotted at 53 cards each. This minor league entry gives him the lead once again. 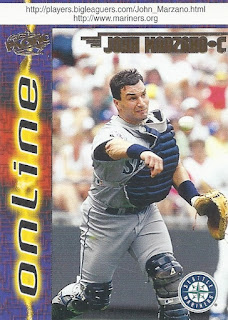 And let's increase his lead with my 55th card of his. This is a 'web code' variation. How so? 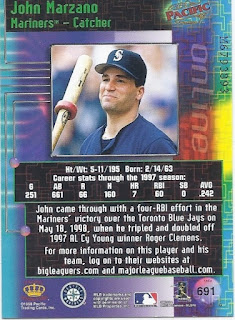 A faint, dot-matrix-looking code in the upper right corner. That's all. But it is a variation nonetheless. 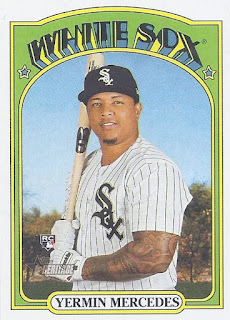 Probably the last you'll see of last year's Heritage for a bit around here, but certainly not the last you'll see of Yermin Mercedes. He barely made his cardboard debut around this time last year, and with 15 cards already,  the numbers are sure to increase. He already has about 30 cards at a dollar or less at COMC, so top spot is already within reach.
And there you have it!
Posted by buckstorecards at 08:30