A nice pile of envelopes showed up recently at my place from various trades from various origins, so instead of 5 separate posts, here's all of them in one simple post! 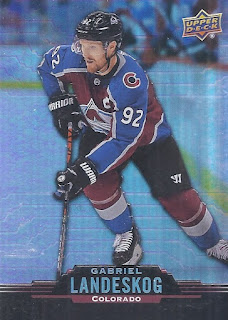 Joe @ CrazieJoe's had been busting some Tim Horton's cards lately. This is a product that, despite the coffee shop being commonplace across the country, I've never busted any of. When I saw an extra of this Kitchener Rangers alum show up,  I requested it be sent my way, with some of my Heritage Jays dupes going that way. 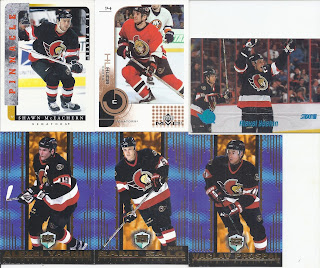 Some Senators accompanied Gabriel on this trade that didn't leave Ontario. 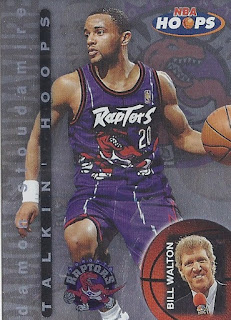 Raptors content from a tcdb PWE, as part of a trade with briznuts. 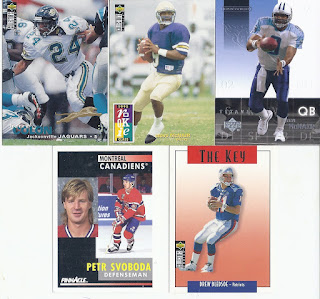 And some 2/14 content in that envelope as well. The Harry Colon is a dupe, but my inner Beavis can't really get enough of his cards in my collection. There were also some silver sigs from 1994 Collector's Choice that will eventually show up on that blog. Probably sometime this decade. 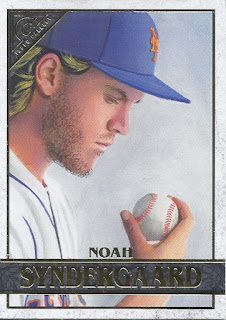 A set builder from Mets86Champs. 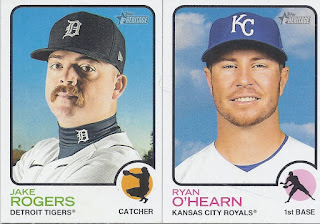 And a couple more in the same PWE for another set. Even more Heritage set building contact, this time from a blowoutcards forum trade. 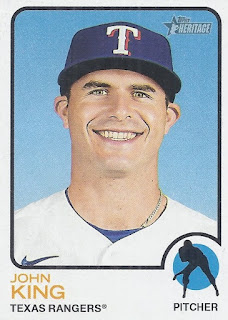 I'm not going to show off everything from the Heritage trade, but here's John King looking like a future serial killer on his card. 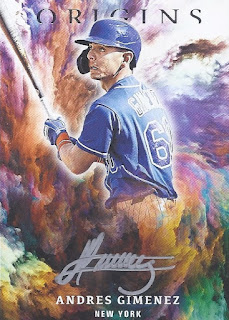 Despite being traded in the 2021 off-season, Panini still had some on-card autographs available that were produced beforehand and made its appearance in my favourite mid-level product in Chronicles. He's still listed as being with New York despite being long done with the team - that's good enough to qualify it for my Mets binder. 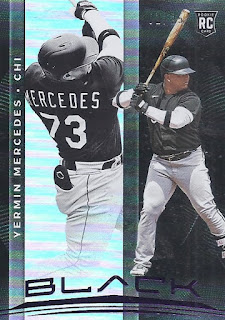 The second envelope may not have contained any Heritage set content, but it did land me that Gimenez, some content for my trade partners, and what is, so far, the lowest numbered card of 2/14 baby Yermin Mercedes in that collection. This black card is a purple parallel, for those that care about the specifics.
There you have it!
Posted by buckstorecards at 08:21