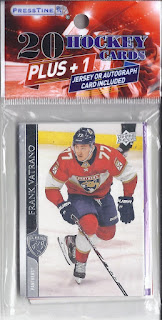 I've got a trio of these in my "repacks to post" box. Only this one came from the big box o' repacks that Dennis sent on to me late last year. The other two I picked up myself at a 7-11.  After this the only thing left from the big box is a 100-card baseball hanger. Which I'll probably post next week. But today, it is hockey. 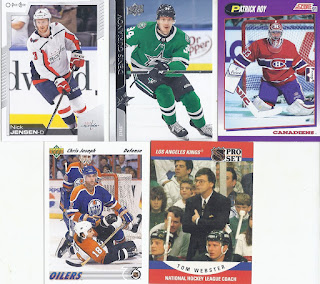 Just basic sets behind the opener, but you have a Roy card, and a coach card. Chris Joseph made news in a sad way when his son Jaxon was one of the players killed in the Humboldt bus crash. 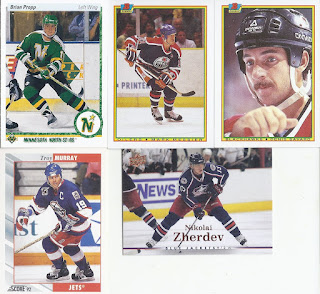 Here's the 1990 Bowman content one would expect. Good names, though! 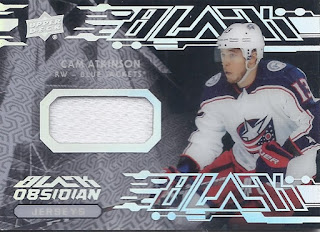 Just a one-colour swatch, but it was from a mid-range product at least. SPX morphed into a 4 pack, one card per pack box a while ago, so someone might have spend 25-35 bucks to open this if they didn't go for the full box. Their loss, my repack's gain! 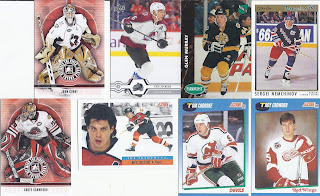 I always enjoy coming across cards featuring minor league jerseys like on the Between the Pipes cards. While John Curry never became the star the card predicted, Corey Crawford would. A pair of Stanley Cup rings, a couple All-Star appearances, and a World Cup gold medal. Maybe not a superstar, but definitely a career worthy of 'future star'. 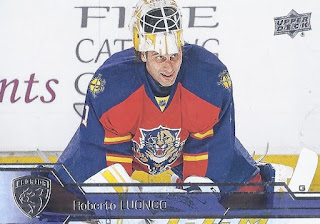 It is a Panther sandwich with the the team being represented on both the opening and card. That's also a pretty good photo, which is sadly lacking in this year's base cards.
There you have it!
Posted by buckstorecards at 18:23