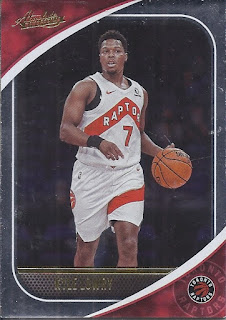 I've had a pile of Raptors sitting next to me for ages, including stuff from last year that I never get around to posting. Now seems like as good a time as any to finally get around to it. 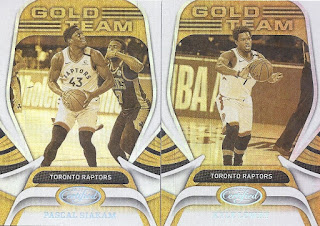 I've already done the results of one group break of 20-21 Certified. That one provided a nice collection of base cards and parallels. Not too many inserts. So let's go around again, and land myself some gold team inserts. 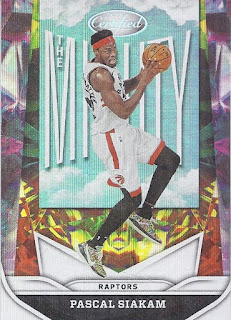 The Mighty inserts are among the more popular ones in the product. Here's a nice foily Siakam from that set. His face does look a lot less derpy closer up on the re-used, and zoomed back photo than on the front. 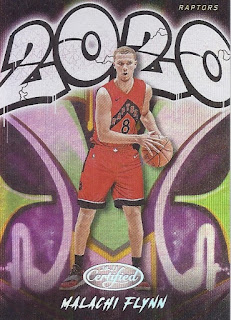 But these graffiti-ish inserts will be my favourite from this release. Nice that the Raptors get a card in this with the benefit of a first rounder this year and an appearance of Malachi Flynn, aka Red Van Vleet. 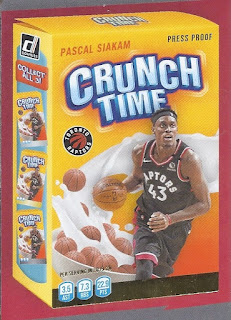 I may have already posted the base version of this beauty of a card - but this is the press proof parallel. I couldn't resist the urge to do show off this gem of a design for a second time. 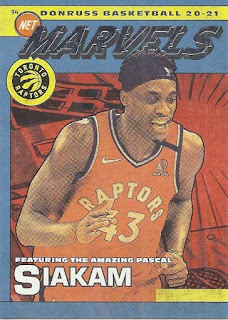 The comic-bookish Net Marvels insert are another popular Donruss insert. Any excuse for more Siakam in the binders is a good one. 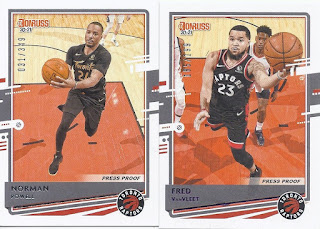 And for those who just wanted to see a numbered parallel - here's a pair of 'em! 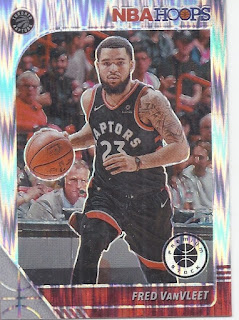 Here's the first card from one of last year's release. Premium Stock must translate for Panini as 'loud', as this is the base design. 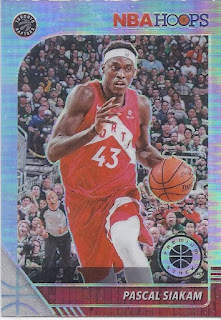 But there are the more traditional silver versions. 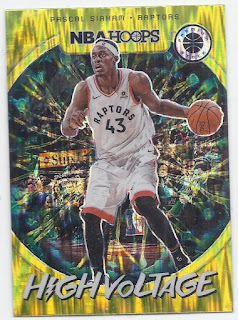 The Premiumification of the High Voltage insert may cause blindness. 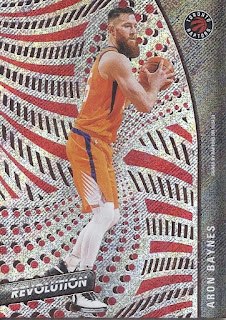 Revolution provided me with my first, and likely only Aron Baynes card as a Raptor.

And a bunch of parallels. For those playing the name game, the VanVleet is a Groove, Powell is an Astro, and Lowry is a Fractal. 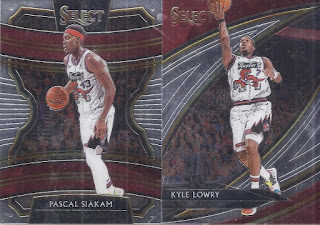 And what better way to end this than with some dino throwback jerseys. Another bunch of cards from last year. The Lowry is a base card, but is one of the higher numbered Courtside cards, and thus scarcer. But since it gives such a nice view of these throwbacks, it, along with Baynes' debut and the Crunch Time insert, are my favourite cards in this post. Still, there were about 40 or so I didn't get to, but at least I got to show off at least one from all the sets represented in the boxes.
There you have it!

Posted by buckstorecards at 05:01