Finally, the complete grouping of redemptions that were mailed in October, as per tracking numbers, have shown up. 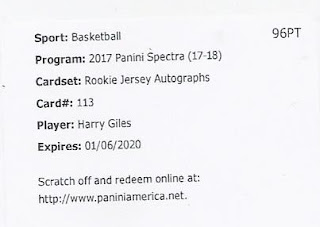 Up first, the only non-hockey card, and the only one I know I won't be keeping. 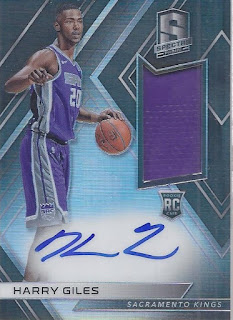 Since this is bound for a Kings fan in Saskatchewan. 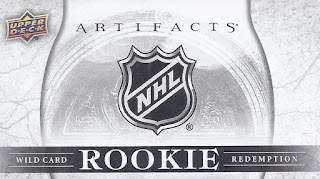 This was one of the Wild Card redemptions for a team that had more than one rookie debut in the early part of the season. The Carolina Hurricanes were apparently one of those teams last season. 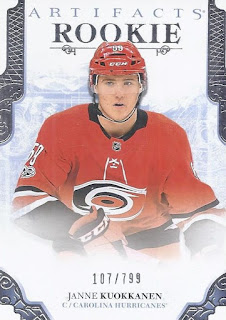 That was because this was the card, since the regular 'canes spot was occupied by Haydn Fleury. Janne has been back and forth between the AHL Charlotte Checkers and Carolina, with more time with the former than the latter. Still, he is only 20. 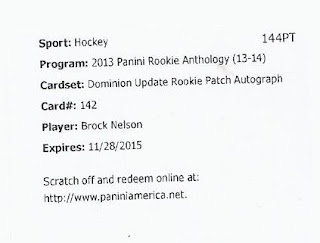 From my second case break of 13-14 Anthology. 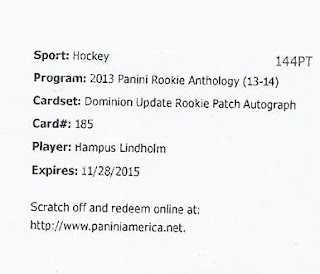 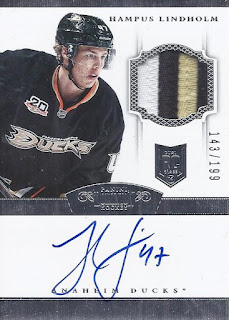 there's my second on-card autograph to go along with a three colour swatch. While Hampus is the better player of the two, I still have to give the nod to Brock Nelson for the better card on the basis of the better signature.

And there you have it. Of course, Panini being Panini, all of their cards were sent out separately. Since why not?
Posted by buckstorecards at 11:09