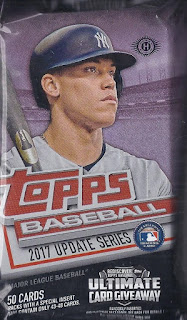 I pretty much balked at the flagship set this year, but I should at least bust one pack of each series, right? So, here's the update content. 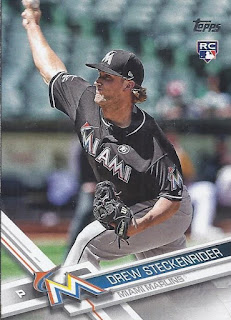 And here's my first card of Update. It might be a Marlin, but at least it is of a guy named Steckenrider. 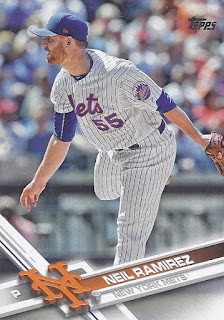 The only Mets card. That's one more than all the Blue Jays cards I got in the pack, though. Which isn't a problem, as I did grab them cheaply in a group break, so I'll be able to show these off at a later date. 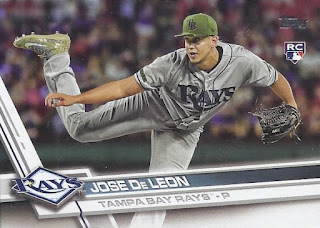 My favourite photo in the pack. You get a perfect photo for working with the design of the card, combined with the Memorial Day jersey/hat/shoe variations. A great selection.

And speaking of photo selections... 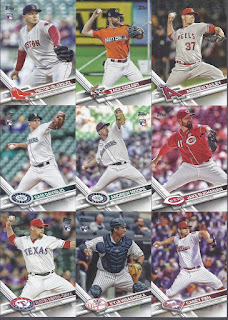 I kinda wish Topps had cut down just a bit on the shots of a player throwing the ball with a left-to-right angle. It can get incredibly repetitive to see the same look when you're going through a single pack. And this is just the first nine I picked from the pack due to the size of the scanner. There were more. 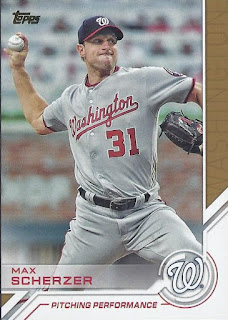 Such as on the insert. 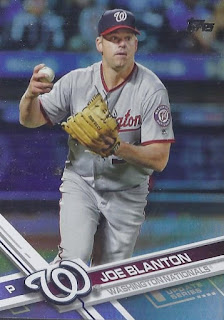 At least the parallel shows the player fielding the ball before making the throw. 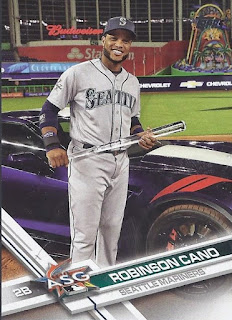 This is a photo variation. They're not really SPd too much in Update, as they seemed to fall one per jumbo pack. 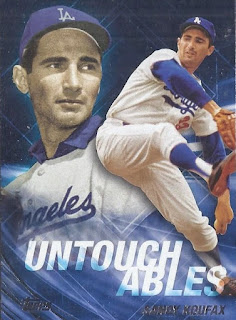 Now these, I like. It has a flashy background, but the photos still give a classy look to this insert card. 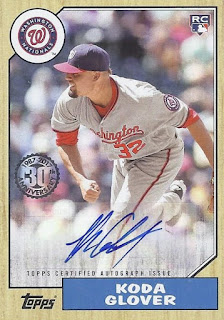 Hey! A hit! That's a nice way to wrap things up and hope for better things from 2018 flagship.