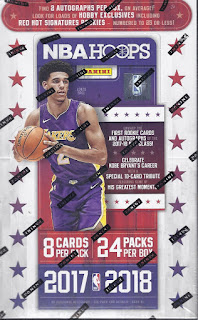 Time to dig into the basketball offering of 2017. Since the amount of cards in the pack was reduced from 12 to 8 this year, I wanted to increase my odds of completing the set through pack busting, and opted for 3 boxes. And it did, as I did get all 300 cards through the boxes. So, with that important stuff out of the way, let's show off the goodies! 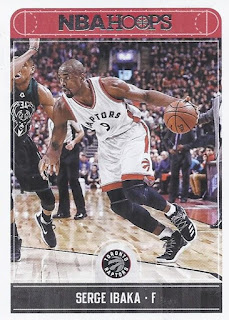 My first Raptors card gives me the chance to show off the base design. It is what can be expected from this with a white border, team colours and nice clean image. 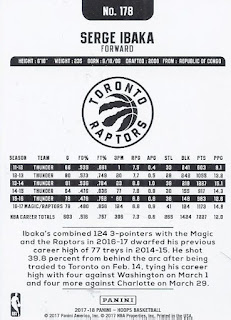 The backs? Again, fairly typical of Hoops the past few years with the black and white design. 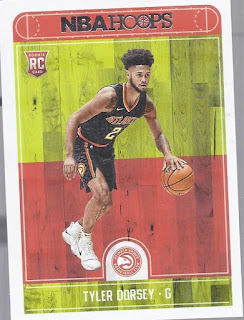 Most of the rookies get this type of design, with the background gone, but replaced with a team-colours parquet. They're mostly pretty reserved, but the Hawks design here does get loud. Tyler Dorsey is listed as a 2/14 baby at baseketball-reference, but he's actually born a few days later. I'll consider his personal twitter a better source that he was born 2/18. 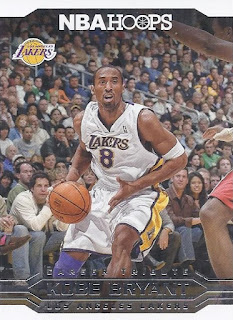 The final 10 cards of the base set are a Kobe-themed subset highlighting his career. 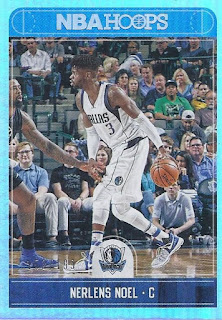 As for parallels, I landed one silver parallel /199. Shiny! 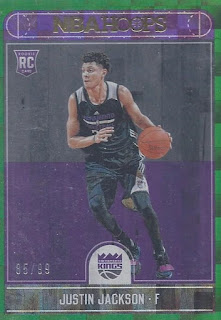 This green parallel /99 will likely be jetting its way to Saskatchewan in the near future. 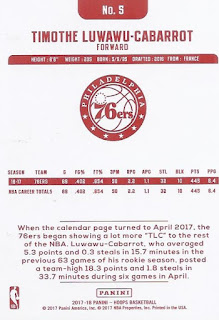 Finally, the red back parallel. These are not numbered, but fall at about 1 per box. 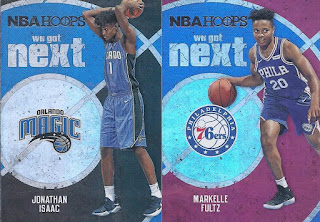 Sure, this is nothing but an easy way to get more rookie cards in the product. But at least you get the #1 pick looking like he's 10 years old. He'll make a more honourable appearance in a future box. 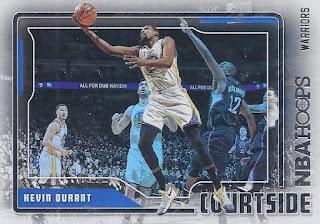 Courtside brings exactly what the insert set is named to the table. A courtside photo. I like how everything except the highlighted player is shiny.

Road to the Finals makes a return in this, with the cards reducing in print run as they highlight games from later rounds. The first round is /2017, reducing to /999, /499, 199 and then there also being a champions themed insert set at /99. 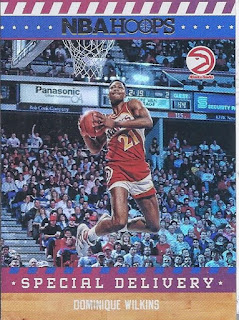 Special Delivery is devoted to players with a scoring touch, past and present. As usual, the logo used matches the era of the photo. 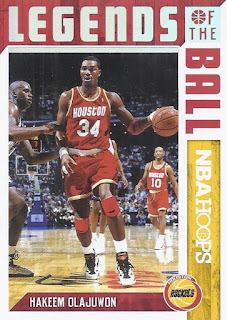 The past makes an appearance as well in the Legends of the Ball set. A nice trip back to the NBA finals between the Rockets and Magic, with Shaq being visible on the side. Speaking of Shaq... 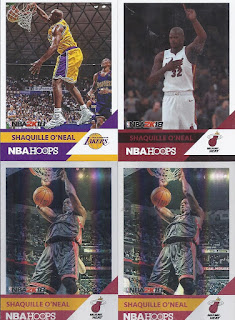 He makes an appearance on an advertising insert set, promoting NBA2K18. The foil cards on the bottom are not exactly short-printed, as I pulled 5 of them over the course of the break. Bah! 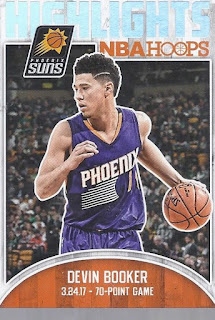 Season Highlights, much like Courtside, is exactly what the insert set is titled. A 70 point game should guarantee you an appearance in this. 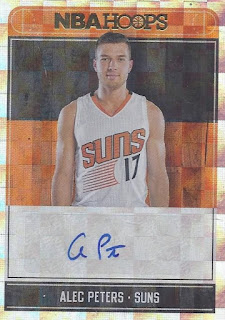 Yegads that's atrocious penmanship. You'd think a 2nd rounder would at least try to have an auto that is memorable in a good way. 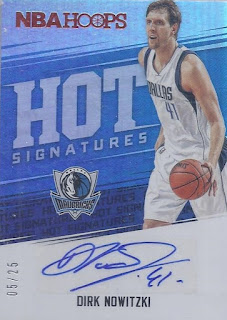 But this sure makes up for it. Does this ever make up for it. A low-numbered auto of a former MVP, a holder of two championship rings, and a certain Hall of Famer. I did pull this before the previous one, so this was technically the first auto I pulled this season. I just figured this would be a far better way to end the post.

Two more boxes to go! It will be hard to compete with this box in terms of content, but they'll both put in nice efforts.
Posted by buckstorecards at 12:07