Ginter has dropped. Stadium Club has dropped (and I've got many of those cards in my to be posted folder). Yet, I'm still lagging behind and posting some S2 retail as I really start getting into the set build. And by that, I mean this is only my second S2 purchase so far. 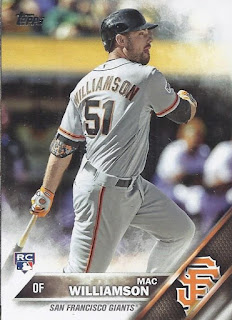 And here's my first retail S2 card. While I'd only bought a single jumbo hobby pack so far, there were no dupes in the hanger box. 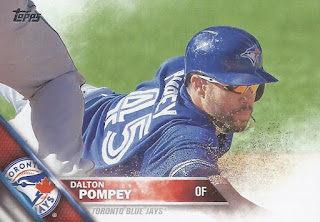 Blue Jays content! 1/72. At least the photo is a departure from a lot of the typical batting/pitching photos in this. 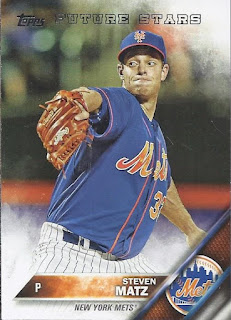 The only Mets card among the base. I swear I typed the team as Metz three times before getting it right. 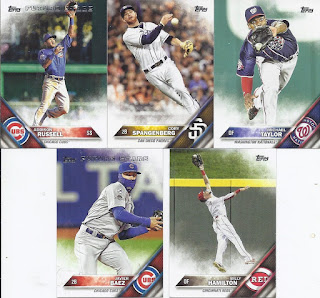 My faves of the vertical photos were these, all defensive photographs. Check out the intense eyes on Taylor, and the evidence of chilly weather for Baez. 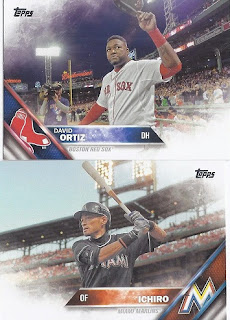 Even the horizontal photos were pretty generic, but there were a couple gorgeous ones in the bunch. If Ortiz doesn't get a flagship card in 2017, that is one heck of finale. 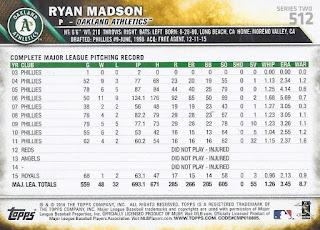 Best card back? The three missing years acknowledged along with the respective teams that he didn't play for during those years on the Ryan Madson. 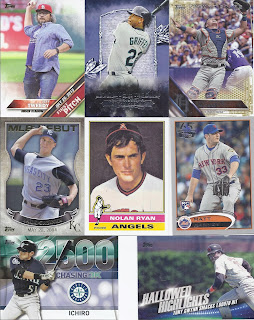 And the inserts. Ryan is the Berger's Best, while Harvey is the reprint. Other than that, two more interesting photo choices on the McCann and Gwynn end this post.