Wrapping up the latest COMC order

I thought I would have done this by now, but something I originally planned to split into 3 posts became 4 after the good news about Andre Reed hit. Hey, I rather doubt anybody will enter the HOF as a Buffalo Bill for about 20 years. I can celebrate that.

Anyhow, here are the 4 card that are left. 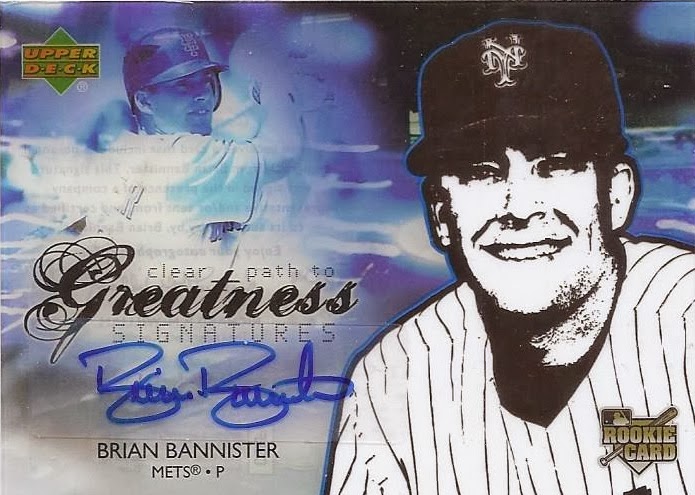 This card of former Met Brian Bannister is due to a story I recalled hearing while listening to a Mets game. It concerned Brian's autograph, and that since his father had such excellent penmanship, he wanted to have the same when signing his auto. I don't think his is quite as pristine as Floyd's, but it is definitely a unique one, and better than just seeing two barely legible initials. 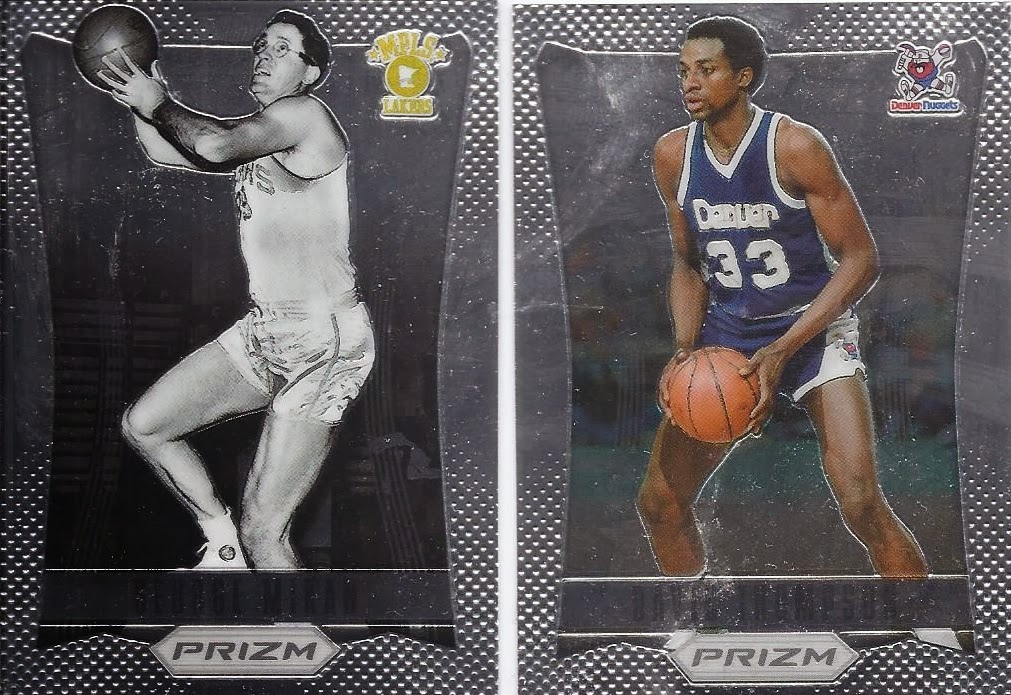 A pair of basketball cards? Sure! It was all about adding a pair of interesting logos from the past into my misc. basketball album. 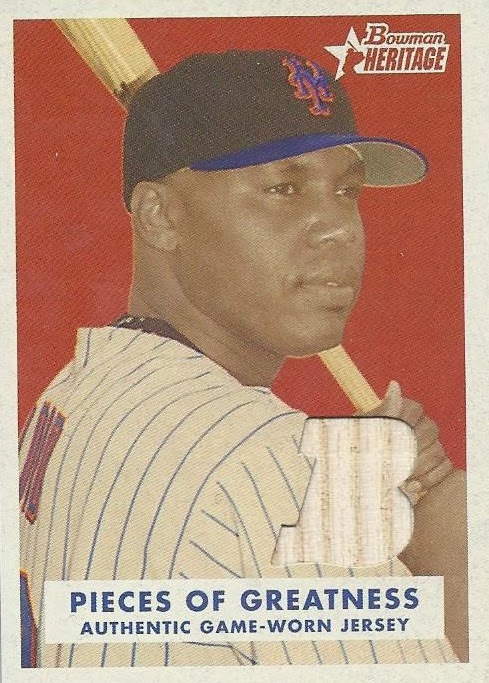 And when you have $1.0-something left in your account, look for a hit for your favourite team to wrap up the order. In this case, it was either this or an Andrea Bargnani jersey relic. I think I made the right choice.
Posted by buckstorecards at 17:06