2022 Adventures in Repacks Part 5 - Perfect for this Weekend 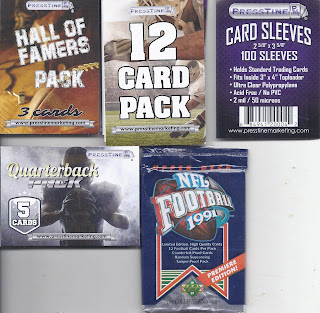 The perfect weekend for a football repack, namely another one of those Surprise Bags in the box o'repacks. And with the usual clockwise-from-upper-left that I do, it will be HOFers that I start with.

I guess I can't complain about this grouping, especially when there is nary a junk wax era card among the three. Randy Gregory, who is lurking on the back of the Passing the Torch card, is not a HOFer, so only 2.5/3 are HOFers. Faulk is nicely garish. 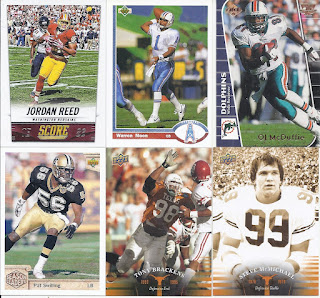 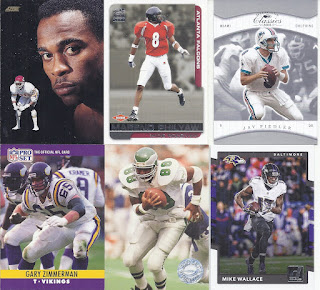 An opening group featuring someone in football Halls of Fame on both sides of the border. Can I consider that card of Mongo to be a card worthy of my wrestling collection? Yes, yes I can. Mareno Philyaw will likely be the best name in this repack. 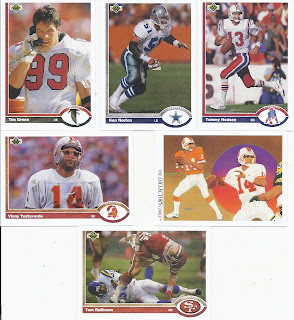 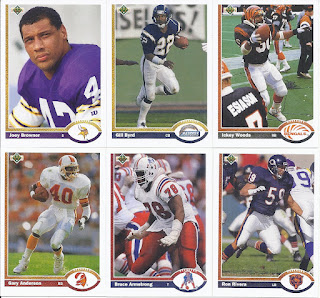 This was a very solid pack. The first three cards out were those three horizontal ones, and interestingly enough two of them were the same player. Tim Green's card really doesn't have the charm of one of those Cal Ripken giant cell phone cards. That card Ickey shuffling is a classic, and the final card is of a still relevant person, albeit not as a player, with Ron Rivera. Couldn't ask for more from this! 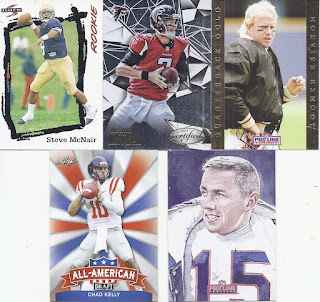 Looks like the QBs are going to end it. So close to 2/14, but that McNair is a dupe for that collection. But, that is Jack Kemp on that Pro Line Profiles card, so although it took until the final group, a Bills card finally showed up.
Pretty solid repack experience!
Posted by buckstorecards at 04:01