60 parts to this is a lot of free cards for doing mind numbing data entry in my downtime. And I still haven't shown off all the cards I have here, and I still have 66 more in my inventory. So, I'm guessing this post theme will continue into 2015. 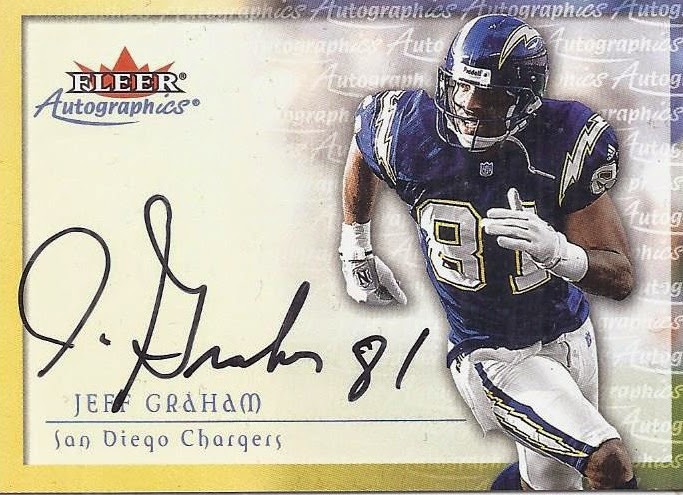 9 cards in this post, but this was the only hit in the bunch. Since Jeff was primarily a player during the 90s, I was kinda surprised there was a hit of him available. Turns out there were two options, this one from 2000 and a 2004 release from an Ohio State set. Since I think it would be fun to tell Dennis @ too Many Manninghams at some point that said OSU card was high on my wantlist. 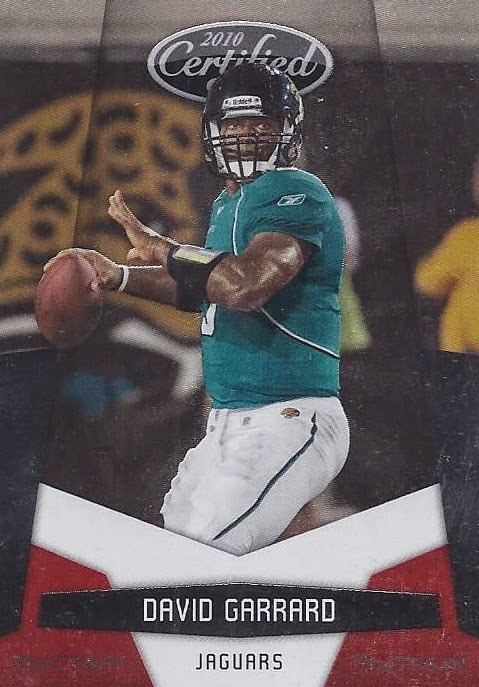 The closest to the a hit among the remaining cards was this parallel of David Garrard /999. For a mid range set, this is a really nice photo for the card with the huge logo in the background.

The Fleer Focus of Courtney Brown is /2999. And that's about it in terms of hits or numbered cards. 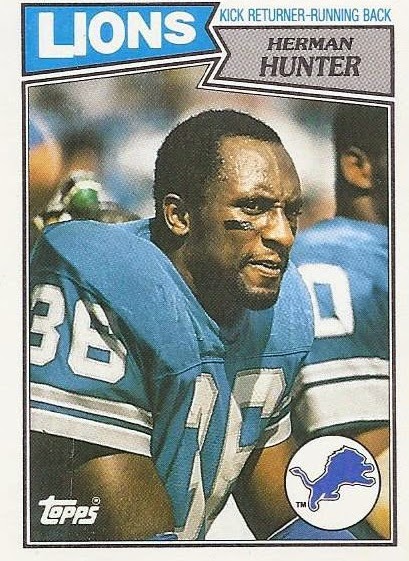 This UK mini of Herman Hunter completes the run of his  mainstream cards. The only thing left for him is an oddball, and a pair of Topps stickers that he shared with someone else. And I just had the oddball shipped via sportlots. 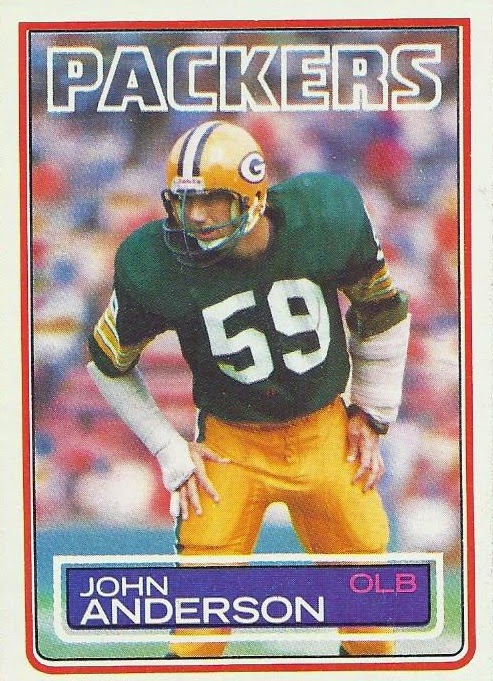 John Anderson's career ended just as the junk wax era was starting. Thus meaning he had no releases outside of a few 80s cards. He's also a Michigan alum, so I could see myself passing any extras along to TMM. Strangely, those junk wax era card out of 1989 Score is the only one I don't have from his mainstream foursome. 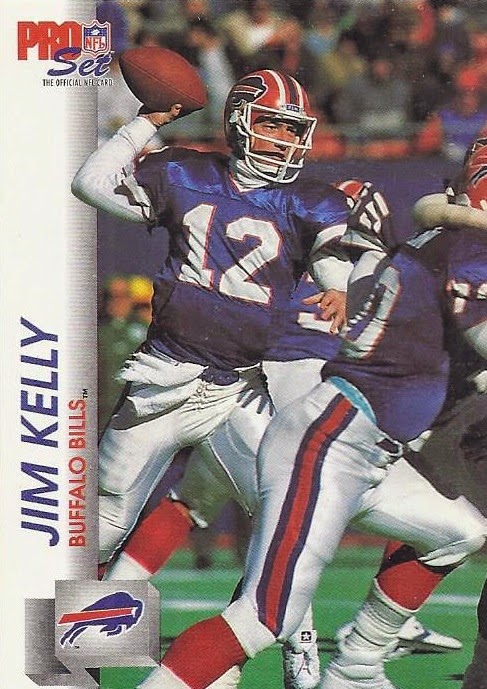 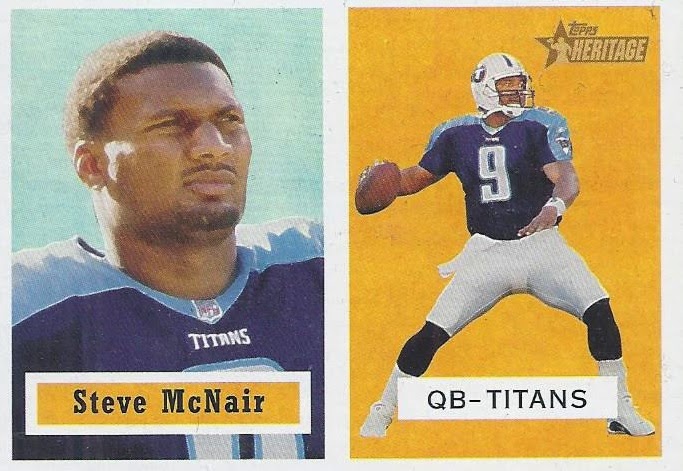 And finally, a football Heritage card. The back is kind of interesting when it comes to my collection as well. 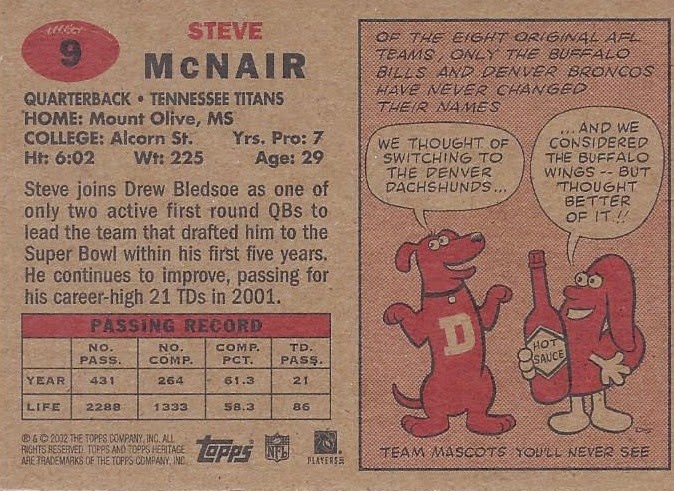 Seeing as my collection also includes McNair's fellow 2/14 baby in Drew Bledsoe, it is kinda neat to have him mentioned as part of the trivia on the back. The talking Buffalo Wing is also kinda surreal.

Another 9 cards in the binder. Football leaps past baseball for 2nd overall in terms of per sport content with 215 cards to 210. Overall total is 844.
Posted by buckstorecards at 16:53