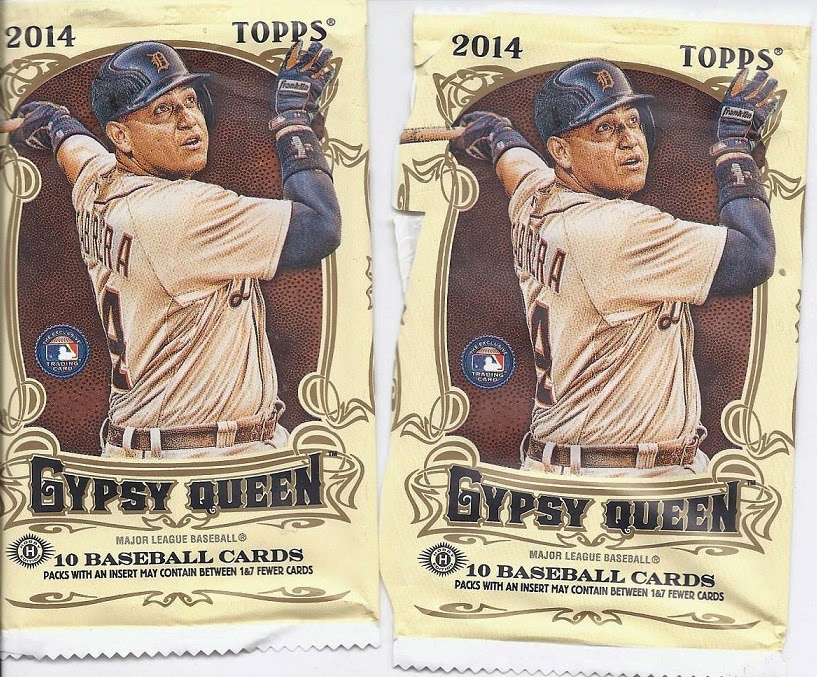 I guess I could have posted the second part of the repack, but something new and shiny was on the shelves at the LCS, and I'd be a bad card guy if I didn't sample it. Just a sample, since I'm a Heritage guy this year. 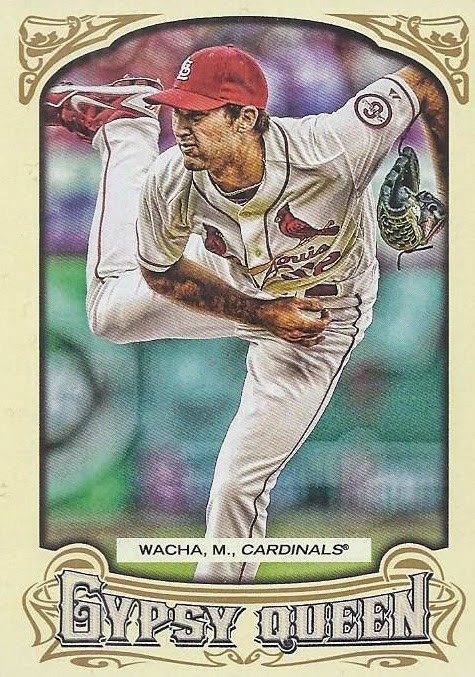 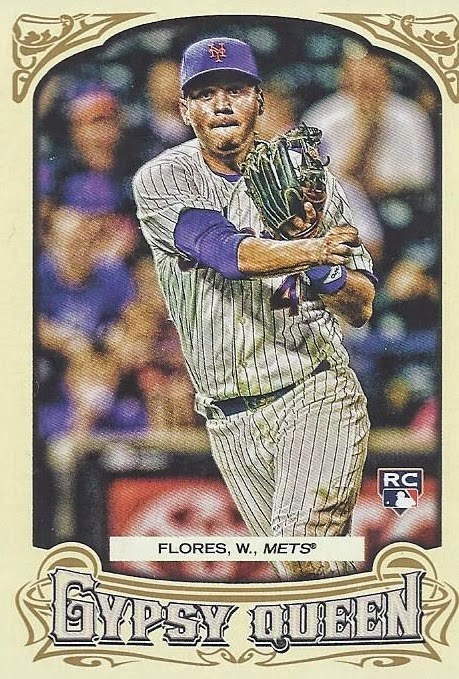 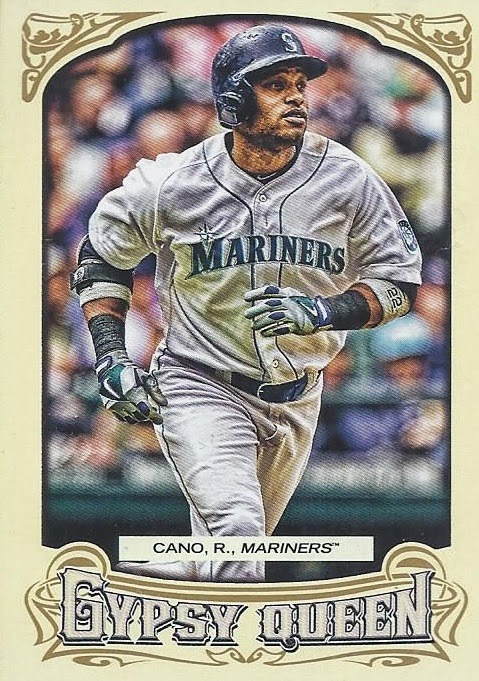 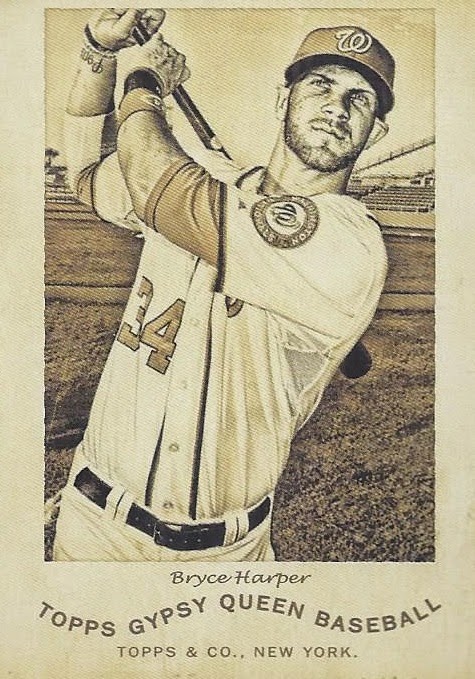 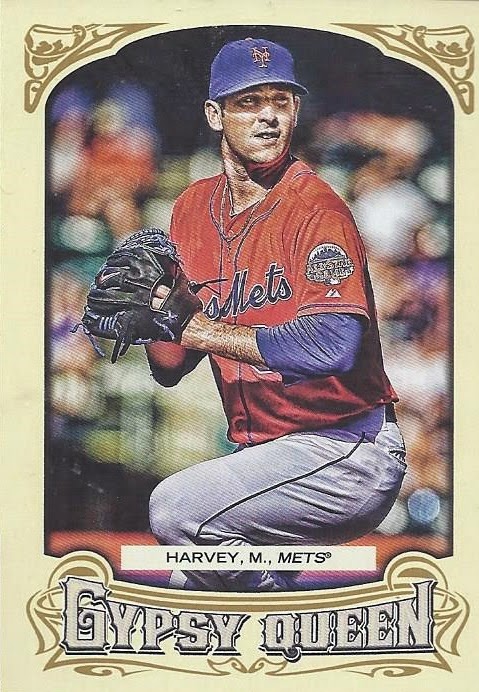 Matt Harvey - Not only another Mets card, this Met is from the SP portion of the set, and he's wearing an alternate Los Mets uniform. Beautiful! 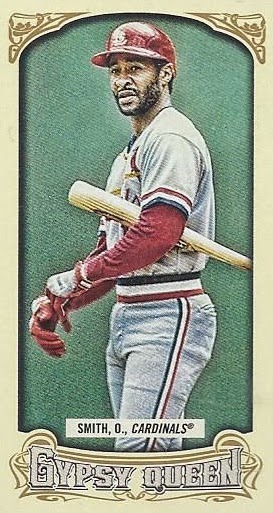 Kyle Seager - And here are the backs. Pretty typical GQ. 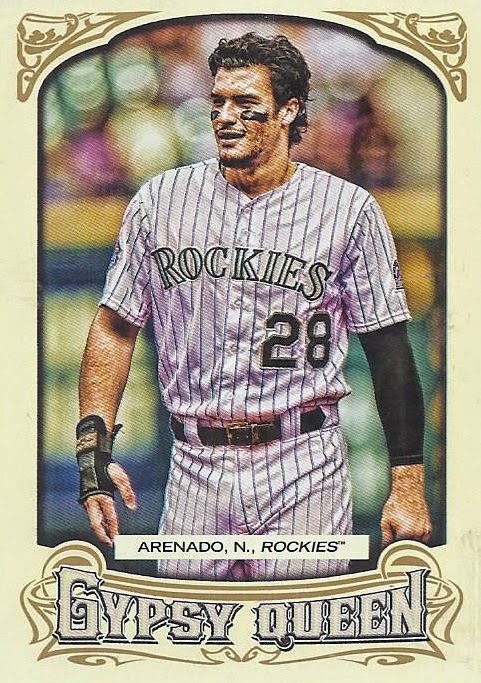 Jorge Posada /49 Red Parallel Auto - WOW! A parallel of someone who really doesn't have too many on-card autos out there. And despite it being a Yankee, and I being a fan of the Jays and Mets, Posada was always someone who I really couldn't muster a lot of venom towards. It's always nice to pull a very likely keeper card from a pack. Yankee fans, I can be had, but this one will need some significant goodies in return. Especially since the cheapest one on ebay is $163.78 CDN. Although mine had a slight ding in lower left corner, that's a minor complaint about a cool card and auto.

And yes, I do need to clean my scanner. 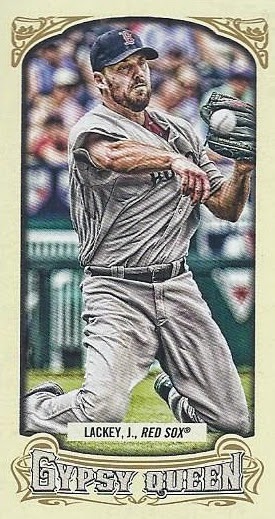 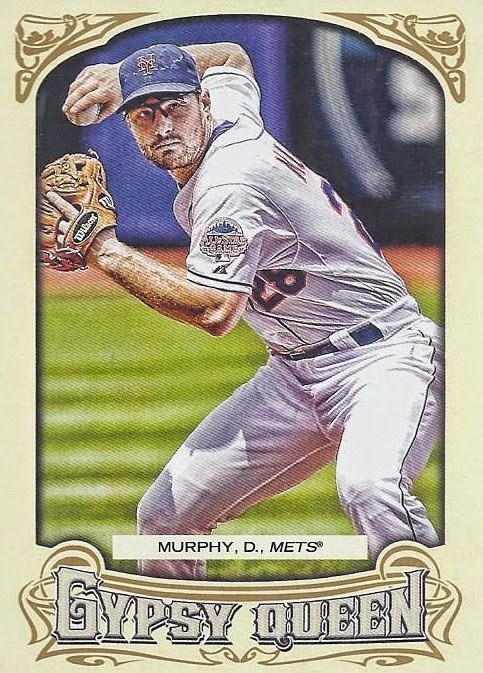 There was some nice stuff here, but after the Posada pull, they were dwarfed by it. It is a shame, since that Harvey was a really nice addition to my Mets collection.
Posted by buckstorecards at 16:31