Let's bring this repack home with the final 3 packs. 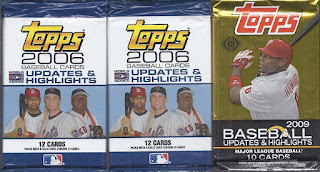 At least there's Mets content right from the start in this grouping. 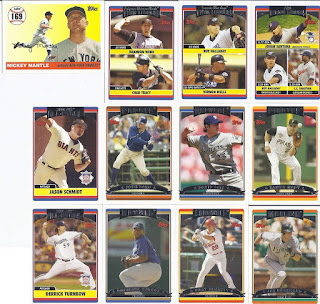 And here's the first pack in this three. 1 and 1/3 Blue Jays content, but several people I barely remember, or never heard of in the first place among the regular base. At least I've got more stuff for future trade packages. 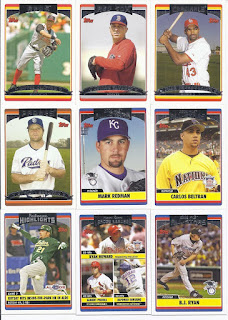 More Jays content in this one, with a Mets card joining them. More familiarity here with the names as well. And a card commemorating a playoff inside-the-park homer? Much better than the first.

But there's only 9 there. 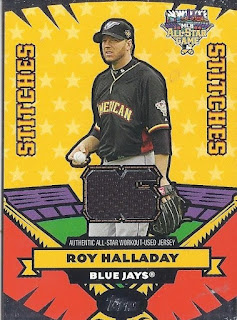 Now that's the Jays content I really like to see. I am stunned this wasn't already pack searched and then some. These fall 1:53 on the retail side. Incredibly, this wasn't my favourite card in the repack. There's still one I liked more than this hit.

But before that, please enjoy some 2006 back-of-card cartoons. 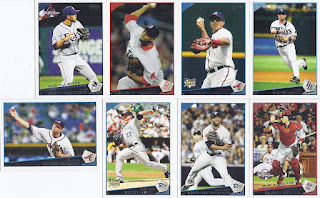 Although nice additions to their collection, it isn't the Jays cards. Edwin Encarnacion's cardboard debut on the Jays would be a contender, but that's not it. Knowing me, you'd think a card of a guy named Barbaro Canizares would be an option. Nope, not even that. 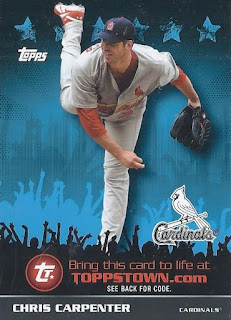 It isn't a Toppstown card. 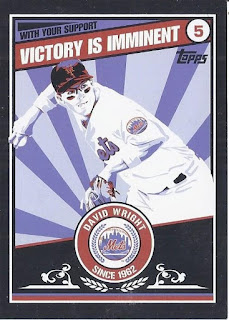 It is this. How did I not know these propaganda style cards existed? How? And how great was it that my first of these cards I got was of a guy I super collect? Now that's a fun way to end a repack.

I don't know if I'll quit while I'm ahead with these, but will probably grab a second one just to offset the almost constant posting of hockey repacks.
Posted by buckstorecards at 08:21