Back to some hockey. 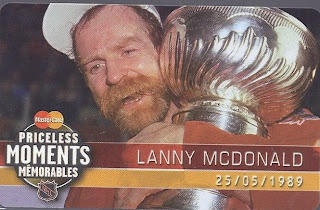 One of my favourite pickups of the day wasn't cardboard, but a piece of plastic. This is from a 2004 10-card set that you had to get a single card from when you used a Mastercard at a participating restaurant. It's one of those iconic moments in Cup history, and despite not being a traditional card, is still a beauty. 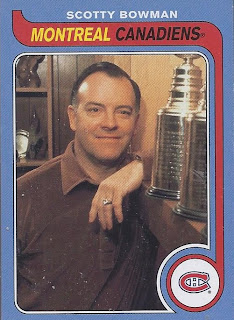 One appearance of Lord Stanley's mug deserves some more. I wish all non-player cards were as beautifully done as this one. It is far nicer than the non-retro card from the set. 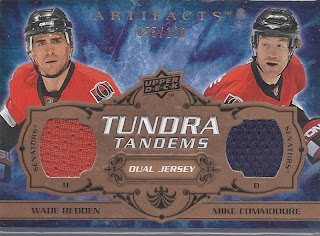 Another addition to my in-progress Senators Frankenset. It doesn't appear that Mike Commodore has any cards that aren't hits. Just autos and this /100 relic. Any port in a storm, and any card will do for set building. I'll replace it if a base card surfaces, but there just don't seem to be any. 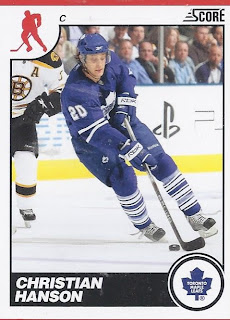 A dime box pull of a Leaf? Why? 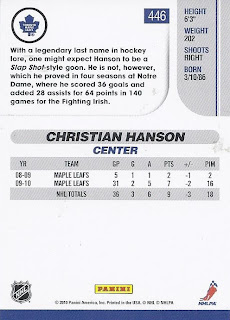 It's all about the bio on the back. It's one of only a couple that mention his lineage does go to the legendary Hanson brothers from Slap Shot. 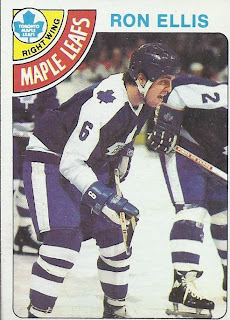 Another Leaf? I'm a big fan of Ellis' openness about his battle(s) with depression. 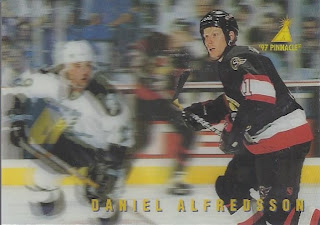 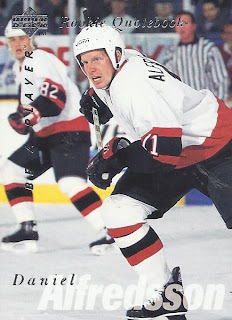 Now this is more like me. A pair of additions to my Alfie collection. A rookie card, and a nifty McDonald's Pinnacle. 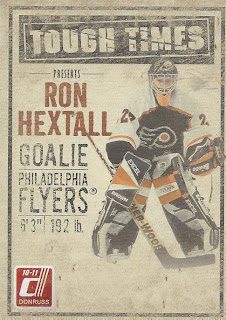 And finally, a nice Ron Hextall card that salutes his crazier ways. The back refers to his fight with Chris Chelios, as well as the points he put up in his career. Definitely a rarity on cards from the netminders. He's probably my favourite lunatic in hockey history, and mean that as a compliment.
Posted by buckstorecards at 13:44